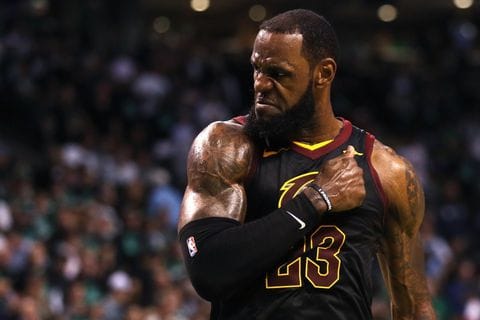 “What’s it like to be LeBron? They are calling you the savior, so much pressure but you deal with it, the weight of the world on your shoulders but you still lift it.”

This is a lyric from the 2009 mixtape “The Warm Up” by recording artist J.Cole, and this famous lyric has become a living embodiment of LeBron James’ greatness.

The kid from Akron, Ohio, who was drafted at the age of 18, is now 33 years old, in his 15th NBA season and is still exceeding expectations that were placed on him since being proclaimed the Chosen One. James is heading to his 8th straight NBA Finals after defeating the Boston Celtics on the road in game 7 of the Eastern Conference Finals.

In the victory,James put up 35 points, 15 rebounds, 9 assists in the win, adding another excellent performance in a high pressure game to his already illustrious career.

Whether you agree or disagree that propelling this team to the NBA Finals is LeBron’s greatest accomplishment ever, you have to admit that we are all witnessing history. 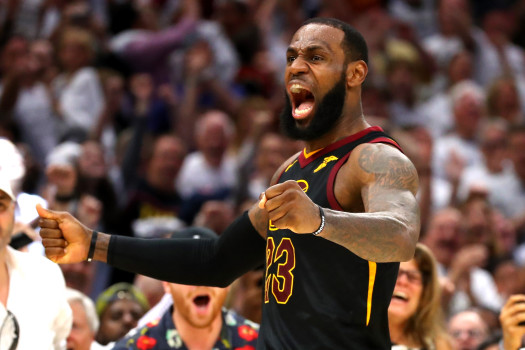 James has had the Eastern Conference in a chokehold for nearly a decade now and this 8th consecutive trip shouldn’t just be shrugged off as just another example LeBron being LeBron.

Love him or hate him it would be erroneous to diminish this moment.James’ performance has earned the respect to silence all his critics.

If you are still doubting his greatness you should take a look at some of these statistics.

James was playing in his 100th consecutive game of the season last night and his third game in five days. He recieved around-the-clock treatment on his right leg after playing 46 minutes to stave off elimination 48 hours earlier in game 6. He played all 48 minutes in a playoff game for the first time since 2006, when he was only 21 years old. In the fourth quarter he made 4 of 6 shots, had three rebounds and four assists after he’d played 3,757 minutes this season, more than anyone else in the entire league. His second leading scorer in Kevin Love didn’t suit up for this game 7. James leads the NBA in minutes played in the postseason, and that no active teammate James played with in Game 7 was averaging more than 10 points or 2.2 assists per game in the playoffs.

Throughout the dysfunction and chaos this season, from departing ways with Kyrie Irving, to trying to make the Isiah Thomas experiment work, and even the inconsistent play from all the trade deadline players they acquired, LeBron made it work.

And we shouldn’t even be surprised, James has won six straight Game 7s over the past 10 years, two of them on the road. He has won seven of the past eight elimination games he’s been in, including three this postseason. And he has now come from down 2-0 to win a series three times in his career.

Respect is due for James. The trials of this season, including the weakening of his present roster and the weekly challenges that he had to navigate while shouldering an incredible burden brought him to a preposterous position. Yet, he still delivered.

No matter who the Cavs play, James will go into the NBA Finals as an underdog, for the seventh time in his nine trips. Some will mention that Michael Jordan won six titles, Kobe Bryant won five, and that Bill Russell won 11. James has only won has three. But i believe the words of J. Cole say it best, “you’ll never play me like LeBron vs. Jordan. Twenty years, wonder who they are going to say was more important. Both changed the game, came through and made a lane, who’s to say that who’s greater, all we know, they ain’t the same.” Every superstar player has their decade, and right now it’s no question we are witnessing LeBron’s.